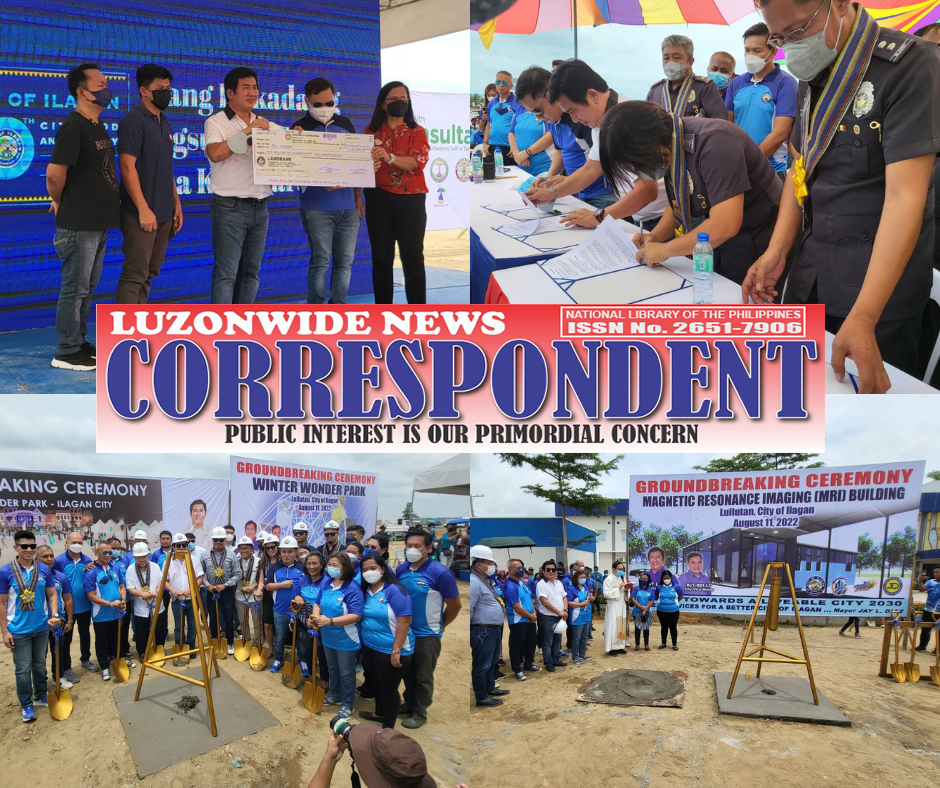 The villagers greeted their Cityhood Anniversary with a Thanksgiving Mass early in the morning followed by the events in Barangay Lullutan. In the said simultaneous event, they launched the E-Konsulta Program of PhilHealth, Inauguration of the Multipurpose Hall, Groundbreaking of their new MRI Building.

The Groundbreaking of the Winter Wonderland Theme Park by Star City – which will be the very first theme park in the province of Isabela. The event was graced by the presence of officials from local, regional and national government agencies who witnessed one of Ilagan City’s milestones for celebrating a decade of Cityhood.

He also said in his speech, “Isang dekada ng pakikibaka, isang dekada ng pagkakaisa, isang dekada ng pag-asa at tagumpay” which gave the people more reason to celebrate that day. He looked back and shared the challenges he went through to come this far to make Ilagan one of the renowned Cities in the province of Isabela. He also shared that their Cityhood Anniversary is to celebrate the people who helped him, especially the LGU and City Councilors who tirelessly gave their efforts to see Ilagan advance as time goes by.

“Ilagan City is one of the largest Cities in the province of Isabela. It comes to no surprise when talking about the progress of development Ilagan City has reached for the past decade. With a determined leader like City Mayor Jay Diaz, there is no doubt that Ilagan City will also reach its new goal to be the Most Liveable City in 2030,” guests said.#