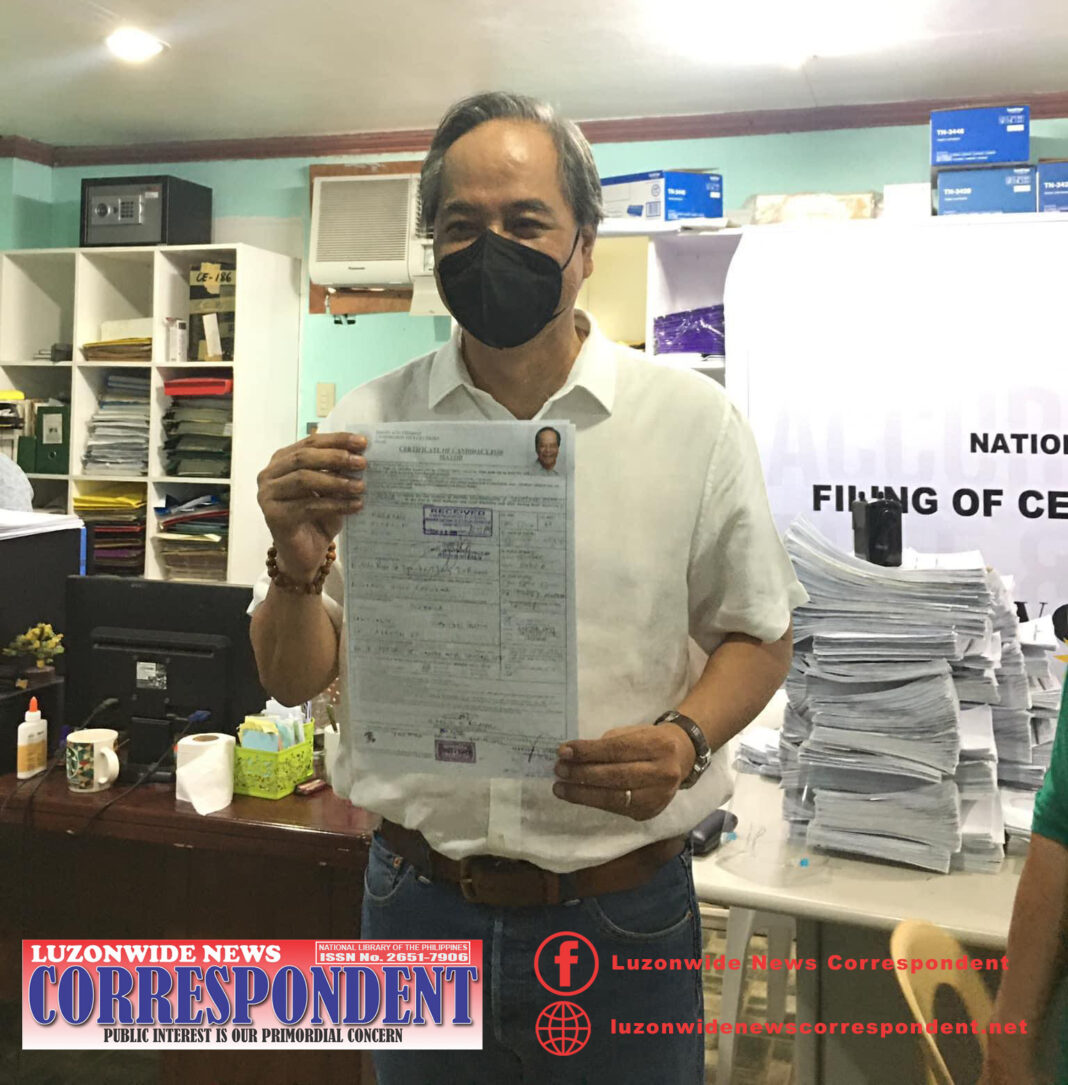 Aggabao, a lawyer and bar topnotcher, served as congressman for three consecutive terms.

His wife, Maria Lourdes, succeeded him from 2016 to 2019. Aggabao also served as a provincial board member.

In 2019, he ran for congressman but lost to incumbent Fourth District Rep. Alyssa Tan-Dy, who will also run for city mayor, hoping to switch posts with incumbent Mayor Joseph Tan who is running for congressman.

Aggabao and Navarro said they would be campaigning together.