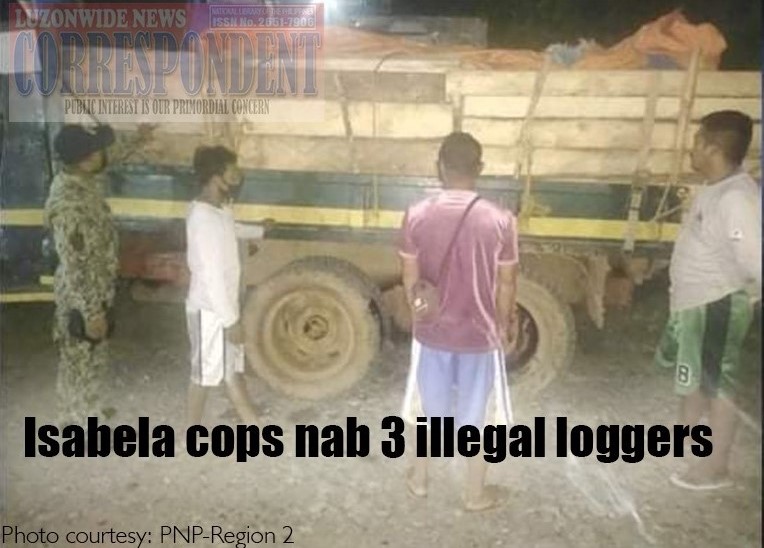 Police report reveals that at around 9 in the evening of September 21, 2021 in Barangay Pag-asa, Echague, Isabela, personnel of Echague Police Station were conducting an anti-illegal logging operation at the said place that when they caught the three suspects in the act of transporting lumber by the use of a 6×6 truck with plate number BAF857. The suspects were accosted when they presented an old permit that they already used in their previous delivery.

157 pieces of assorted lumber in different sizes with aggregate volume of 1,751 board feet and with estimated market value of Php70,000.00 and the vehicle used valued by the DENR at Php 200,000 were seized from the trio.

The three suspects and the confiscated contraband are now at the custody of Echague Police Station and a case of Violation of PD 705 or the Revised Forestry Code of the Philippines was already filed against them this morning.

RD Ludan commended the Isabela PNP headed by Provincial Director Police Colonel James Cipriano for  their sustained anti-illegal logging operations in the province. “I enjoin all police units to keep a watchful eye against violators of our environmental laws. Let us send them the strong message that we do not condone acts against our mother nature,” RD Ludan added.