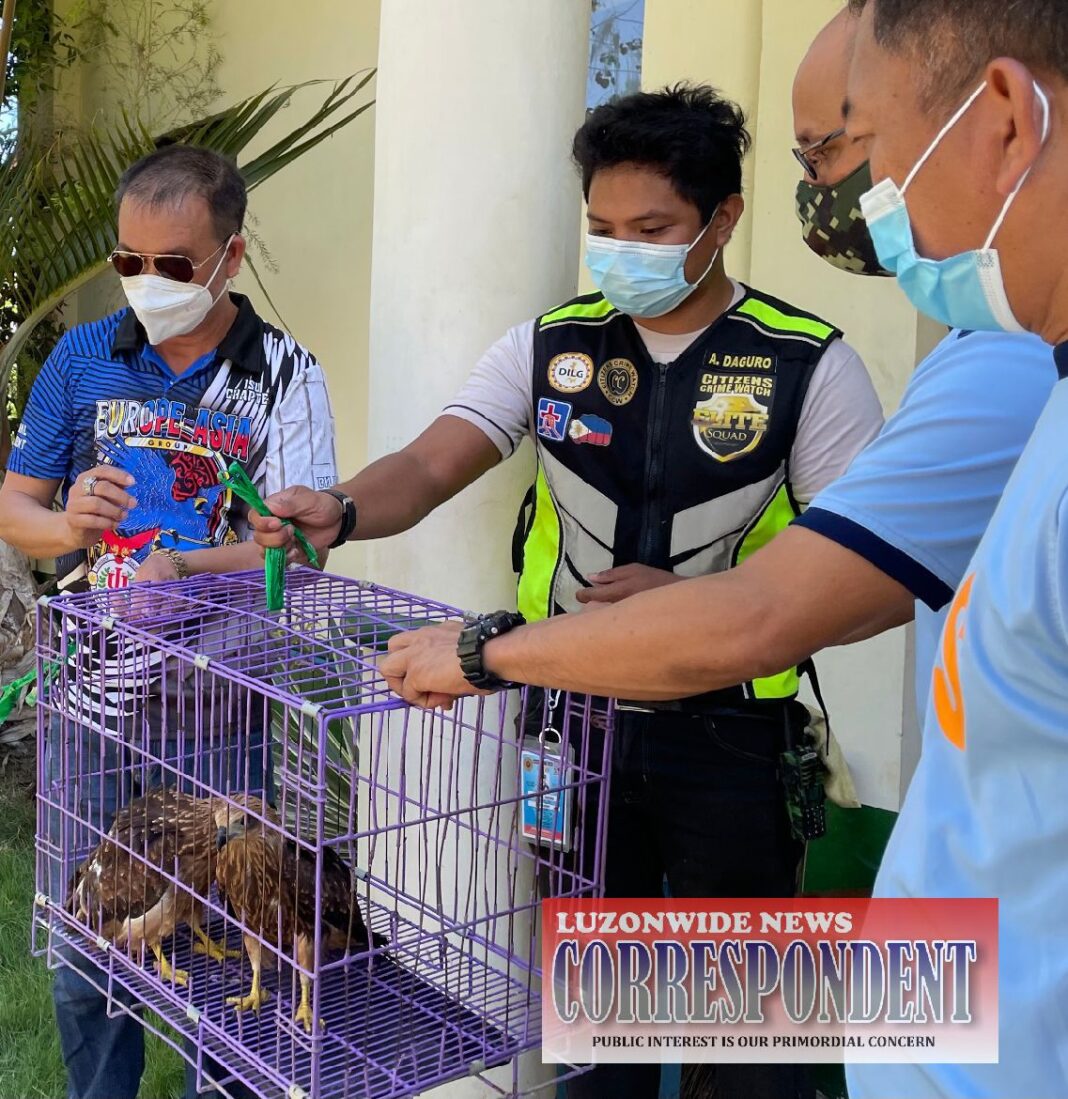 CITY OF ILAGAN, Isabela-Police officials had turned over two serpent eagles to the Ilagan sanctuary in Barangay Santa Victoria in this city on Tuesday here.

The said crested serpent eagles (Spilornis cheela) were caught by a hunter, whose name was withheld, in Andabuen, Benito Soliven town and tried to sell these to passersby but were spotted by the police recently, according to Lt. Col. Eugenio Mallillin, Isabela police intelligence unit chief who represented the provincial office during the turnover.

The hunter then surrendered the birds after police had explained that catching and selling such species are prohibited by laws, he added.

The city sanctuary workers brought the serpent eagles—who usually eat snakes and can be 76-cm long in size–to a large cage as their temporary shelter.

“We will ensure that they will be taken cared of here as we are helping protect the flora and fauna in the sanctuary,” Arvin Perez, acting city environment and natural resources officer and concurrent sanctuary administrator, said.

Prior to the pandemic, the 819-hectare mountain sloped sanctuary, erstwhile known as the Fuyot Springs National Park and a protected area in the country, was used to be a popular natural park for hikers, mountaineers, spelunkers and birdwatchers who come to explore its mountain trails, caves, odd rock formations and aviary. It has a mini-zoo, butterfly park, natural spring water pool, 350-meter zipline, ATV rides but the operations had been stopped due to the government’s temporary closure of tourist spots.

Perez said the serpent eagles would be added attractions to tourists once the pandemic restrictions will be lifted. City records said the park lies near the larger Northern Sierra Madre Natural Park which contains even more diverse wildlife.#

3 dead as truck rams into ‘kolong-kolong’ in Cagayan

Peace advocate in Kalinga dies at 73

Active COVID-19 cases in Cagayan province rise to over 3,000