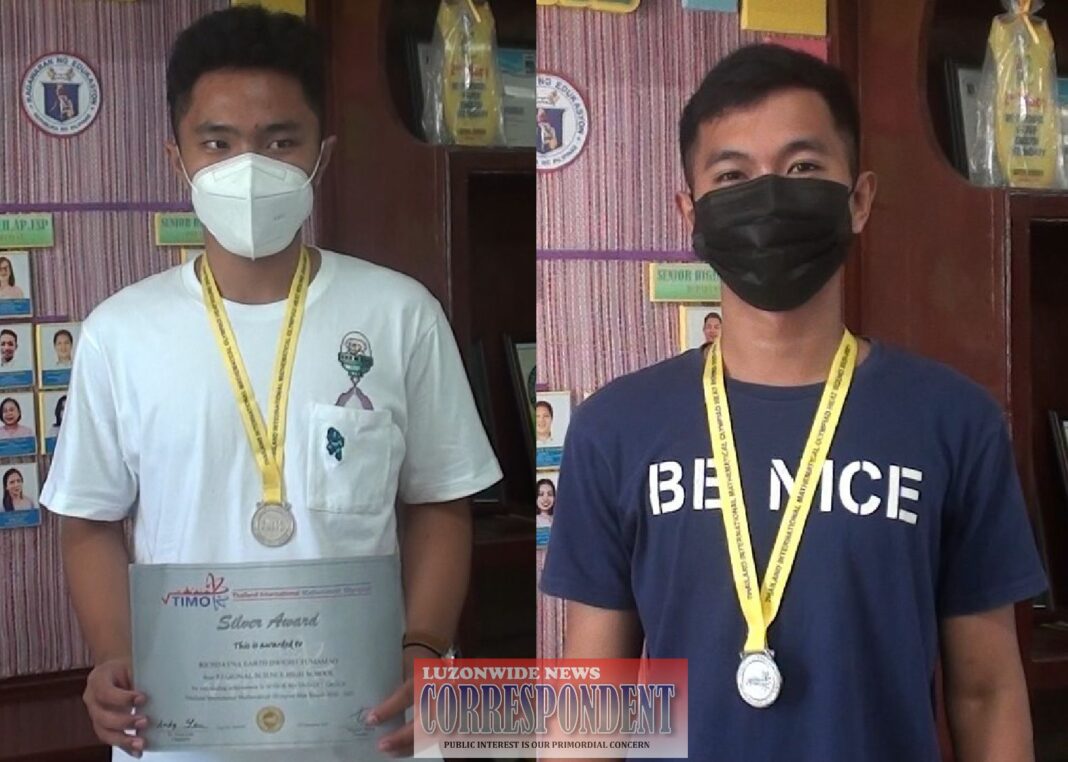 The competitors had competed in logical thinking, algebra, number theory, geometry and combinatorics.

Ugaddan told this correspondent in an exclusive recent interview that their victories are products of “both hard work and luck.”

Tumamao said they did not expect to win as “no math trainings for international competition are available in Cagayan Valley region.”

“The winning students are laudable for their academic excellence in Mathematics and the school is proud for their feats,” school principal Evelyn Bumanglag said.

“It is a platform to stimulate and foster young people’s interest in learning mathematics, to strengthen the ability of their creative thinking, to widen their international perspective, and to promote the development of primary and secondary education and exchange of educational cultures throughout countries or regions, the organizers added.

Due to the pandemic, the Olympiad—touted as one of the most respected and desirable competitions in the world–was held online.#