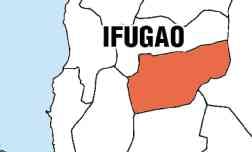 The soldiers retaliated and killed one of the rebels.

The body of the killed rebel was left behind by his comrades, and an M-16 Armalite rifle was retrieved from the site of the firefight.

On May 26, Army soldiers rescued a wounded vice commander in another gun battle in Sitio Belbel, Barangay Namal, also Asipulo.#