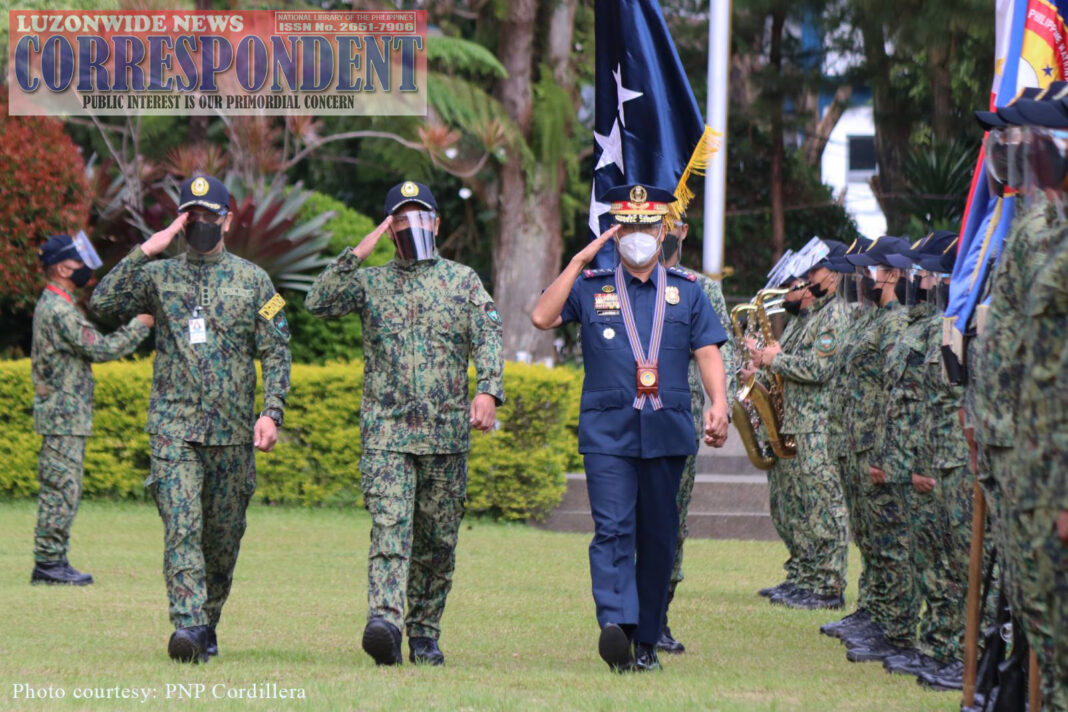 PLTGEN DIVINA and PMGEN DAWAY were accorded with an Arrival Honors and traditional welcome dance by the men and women of PROCOR.

During the event, deserving personnel of Regional Civil Security Unit Cordillera were awarded. PLTGEN DIVINA and PMGEN DAWAY, together with the Command Group, awarded Medalya ng Papuri to PMAJ Benedict K Del-ong and PSSg Florex E Mano for their invaluable service during the Barangayanihan and Brigada Skwela in partnership with Muay Thai Philippines and members of Benguet National High School at Wangal, La Trinidad, Benguet on September 10, 2021.

Also, Medalya ng Papuri were given to PMAJ Jurex A. Urbano and PCMS Juanito H. Buhhay for their invaluable service during the simultaneous Barangayanihan conducted at Palmaville, Puguis, La Trinidad, Benguet and Brgy. Zamora, Baguio City on May 29, 2021.

In his message PMGEN DAWAY, reminisce his journey in PNP service which according to him started in this region. He expressed his gratitude to PROCOR that before hanging his uniform, he was given the chance to return home where he came from and where his career started.

“Lagi nating tandaan, every journey is not perfect. It has high and lows and there are difficulties but we should not give up. We must try to move, kailangang bumangon, forward and always forward”, he added.

Likewise, PLTGEN DIVINA, expressed his gratitude to the men and women of PROCOR for the honors accorded to him. He emphasized the serious observance of COVID protocols and maintaining good immunity and to believe in the power and miracle of praying always.(courtesy: PNP Cordillera)