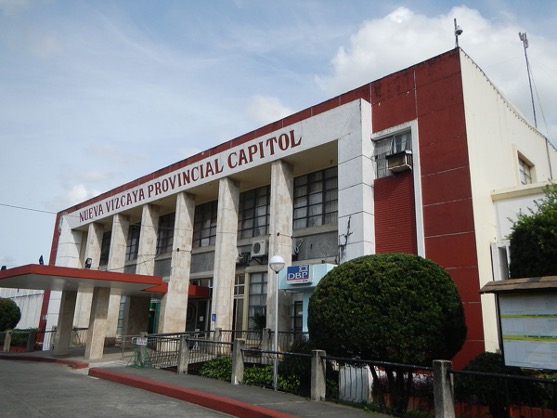 BAYOMBONG, Nueva Vizcaya–Governor Carlos Padilla has been confirmed positive for SARS-NCoV2 strain of COVID-19 virus today (April 5) and has been quarantined at the Salubris Medical Center in Solano in this province, he said.

Padilla told this correspondent over the mobile phone on Monday that he has only experiencing mild symptoms while massive contact tracing to his close contacts have been ongoing.

“I urge my constituents who come and go on his office to have self-quarantine and inform local leaders if they have symptoms,” he added.

Aside from him, two mayors—Dolores Binwag of Quezon and Dr. Ping Balgos of Bambang—and two vice mayors-Philip Dacayo of Solano and Ruben Sayo of Aritao—were also quarantined for being positive of the virus today (April 5).

He said they were infected by Luis Binwag, husband of Dolores, during a meeting of mayors in Kayapa and a small group reception in Davao City. Luis was earlier confirmed positive of the virus.

Vice Governor Jose Tomas Sr. has also been COVID-19 positive last week and has been completing his two-week quarantine in another hospital.

He attributed the spike of cases to the continuous entries of overseas Filipino workers and locally stranded individuals (OFWS/LSIs) who are still being allowed in the province.

“Our province is the convergence area and terminal of those going to Ifugao, Quirino, Isabela, Cagayan and other towns in the province, he added.

Board Member Cirilo Galindez, a 67-year-old retired medical center chief of the Region 2 Trauma and Medical Center, died on April 2 due to COVID-19 virus, Padilla added.

“The province mourns with and celebrates the extraordinary life of this remarkable gentleman from the south who devoted his life to public service to our common home, Nueva Vizcaya. His energy and life-long dedication to improve the public health system of the province will continue to inspire our younger generations and will forever remain as his long-lasting legacy to our people,” Padilla added

Due to Galindez’s COVID-19-related death, Padilla said he offered prayers for healing to all those afflicted with covid-19 and may God’s healing hand rest upon everyone battling the virus.

“Despite the new challenges brought by this pandemic including the loss of more lives, let us not forget to foster respect and solidarity with others, especially those who are weak, poor and sick,” he added.

Padilla has ordered the lockdown of the Nueva Vizcaya provincial capitol and its Ammungan capitol grounds starting today, April 5, until April 8 as massive disinfection has been ongoing. Recreational and sports activities were also barred in the province until April 11.

“The people know that they have to be patient, stay at home and forego their transactions yet at the capitol,” he added.

He also denied reports that health seminars with mass gatherings were done in the province by health workers.

“As far as I know, these were suspended including those seminars that were earlier scheduled as the spike of cases has forced me to disallow such activities,” he added.#