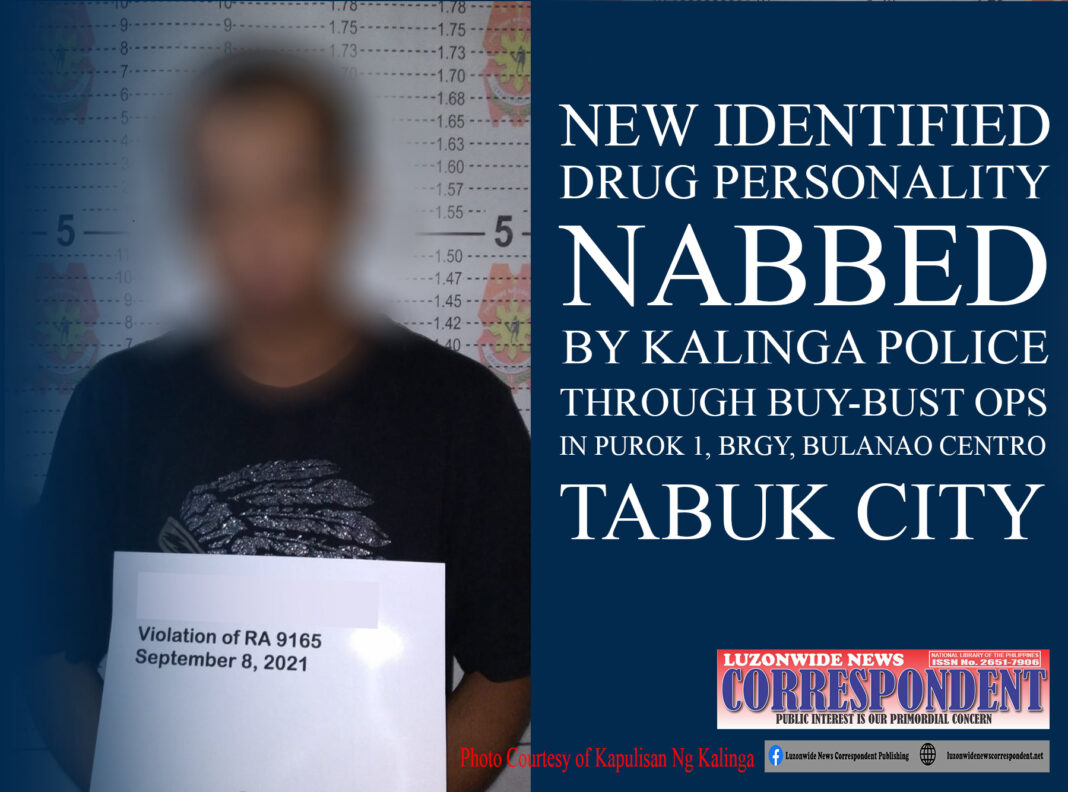 On site inventory of the seized items were conducted and witnessed by Media, DOJ representatives, and Barangay Kagawads of Bulanao, Tabuk City, Kalinga.

Arrested suspect will be facing charges for violation of Republic Act 9165 or the Comprehensive Dangerous Drugs Act of 2002.