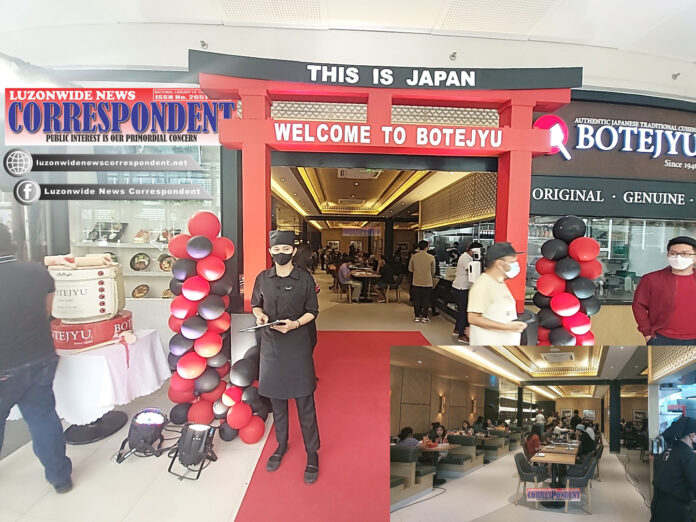 CITY OF CAUAYAN -The famous Botejyu, which started in 1946 at Tamade, Osaka, Japan after World War II, opened its 39th store at SM City Cauayan on Friday, July 1, to the delight of food enthusiasts.

Its founder, Eikichi Nishino uses a staple ingredient that dates back to pre-war Japan and pioneered the dressing for Okonomiyaki with White Mayo in his restaurant.

As the country’s economy grew, Botejyu was once again the first to offer another original creation which is the Okosoba also known as the modern Yaki (a filling combination of house Yakisoba heartily packed in the Signature Okonomiyaki). Organizers revealed that the Brand Botejyu has also been a testament to the years of making the sound of flipping an Okonomiyaki (Bote) and the sizzling sound as it cooks on the Teppan Grill (Jyu).

Committed to serve authentic and traditional Japanese cuisine, it is expected to end the year with 50 strong stores.

Currently, they have Family Bundle Promo in which customers will be able to get a satisfying discount that they can share with their loved ones.#