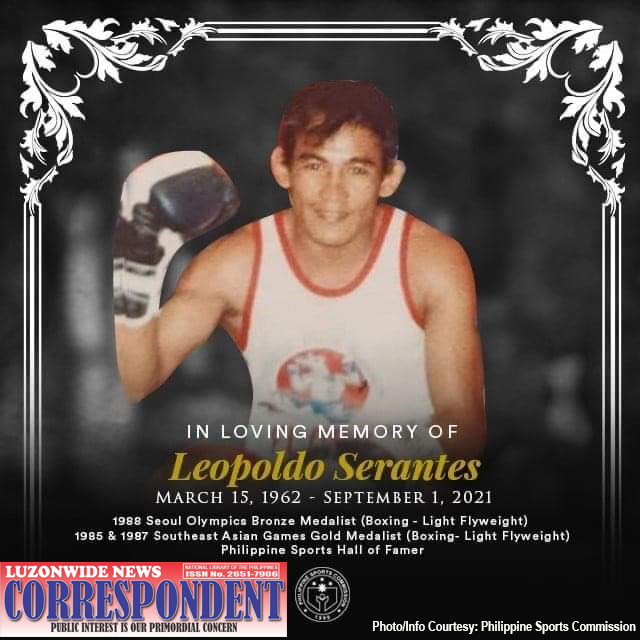 Boxer Leopoldo Serantes, who won a bronze medal in the 1988 Summer Olympics, has passed away at age 59, the Philippine Sports Commission (PSC) announced.

Aside from his Olympic bronze in Seoul, Leopoldo, a light-flyweight, also won gold medals in the 1985 and 1987 Southeast Asian Games.

He had been suffering from chronic obstructive pulmonary disease (COPD), and was confined at the Veterans Memorial Medical Center before his death. (LNC Team)