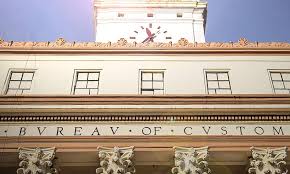 TUGUEGARAO CITY—At least 855 imported cars, some of which are high-end units, are still sitting idly at open yards in the towns of Santa Ana and Aparri in Cagayan province although these are already up for donation, an official of the Bureau of Customs (BOC) said on Thursday.

The vehicles are still “serviceable,” or in good condition, and are being given away to local governments and national agencies, including the police and the military, said Arienito Claveria, Aparri BOC district collector.

“We are working to dispose of these stranded vehicles but some agencies refused or turned down our donations due to the [high cost of] repair and maintenance of the cars,” Claveria said at a news briefing.

However, these vehicles have already been exposed to the elements and some steel parts were rusting away while some have broken windows.

These vehicles were seized by the government for violating Executive Order No. 156, which bans the importation of used cars, and were impounded at a yard inside the Cagayan Special Economic Zone and Freeport at Port Irene between December 2012 and February 2013.

Former President Gloria Macapagal-Arroyo issued EO 156 on Dec. 12, 2002, that imposed a total ban on the importation of right-hand cars.

In 2007, the Supreme Court upheld the constitutionality of EO 156 to strengthen the local automotive industry and to deter smuggling. Exempted from the ban are fire trucks, ambulances and other specified items for specified importers.

In the past two years, the BOC and the Cagayan Economic Zone Authority had already donated close to 100 secondhand luxury vehicles to the police and the military although these cars were initially planned to be destroyed as ordered by President Duterte.

At least 18 of these vehicles were already turned over to the Cagayan police. These included 11 mini wagons, a Wrangler jeep, a Cayenne, a Toyota Grandia, a Mitsubishi Pajero and three Hummers. Seven more vehicles, mostly Hummers, were donated the military.

The municipal government of Santa Ana received seven cars—four Starex vans, a Hummer and two Toyota cars—while 18 villages in the town received a vehicle each.

Apart from the cost of repairing the donated vehicles, recipients also have to be the ones to process the documents, including the acquisition of tax-free certification from the Department of Finance, and register these with the Land Transportation Office, according to the BOC.#