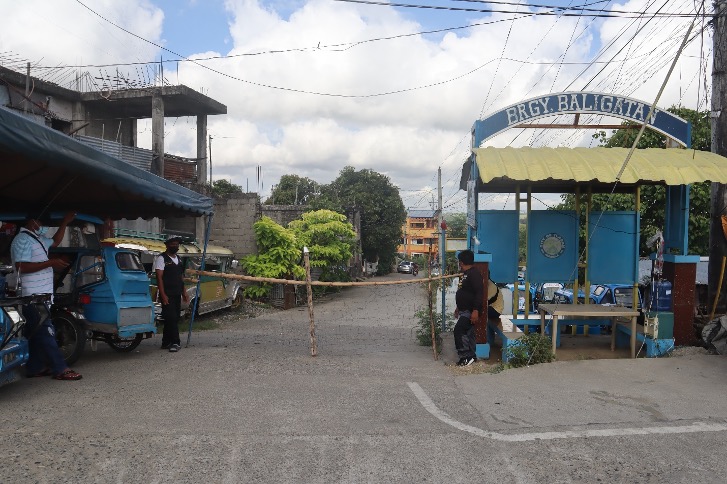 CITY OF ILAGAN, Isabela-Tagged as high-risk due to the continuous hike of COVID-19 cases here, the city government has imposed a hard lockdown in 44 barangays which started on April 14 midnight until April 21.

City general services officer and COVID-19 city focal person Ricky Laggui told this correspondent in an interview that they opted for a localized hard lockdown rather than an enhanced community quarantine status to control spread in areas with heavy cases.

“The city has recorded a two-week growth rate of 403-percent and 7.16-percent average daily attack rate, putting us under high risk,” he added.

Twenty-seven barangays were earlier locked down for 14 days until April 14 but they were belong to the 44 barangays under seven-day hard lockdown.

Two of the patients with COVID-19 UK variants confirmed in Ilagan already recovered from the virus, he added. The South African variant was detected in Santa Maria town. Three variants were confirmed by the regional health office.

As this developed, the city has also opened its doors to nearby towns the newly established local government-operated City of Ilagan Medical Center in Lullutan village here. The 300-capacity hospital has initially opened 64-bed capacity for isolation of COVID patients in the city last week. However, it has yet to fully operate as a second-level hospital as they wait for additional doctors, three medical specialists or consultants, nurses, midwives and other workers.#