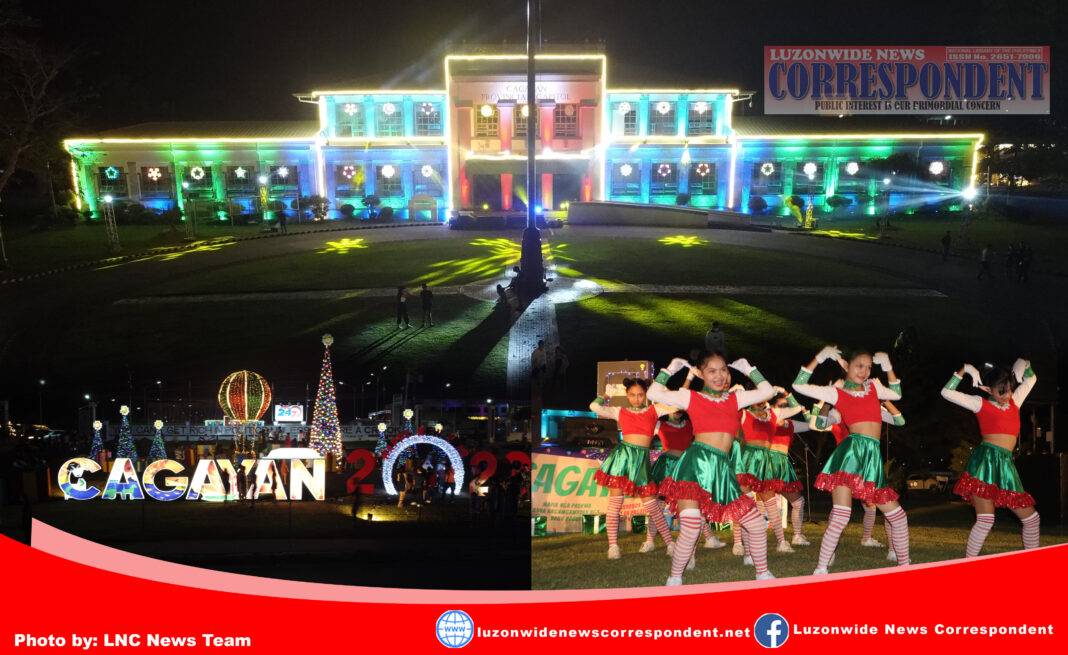 TUGUEGARAO CITY-Amid cheers from about 2,500 villagers, the “Paskong Cagayano” Christmas village was formally opened sporting a giant Christmas tree, Bethlehem, a holiday park, and other decorations at the Cagayan capitol grounds here.

The Christmas lighting was also perked up with a musical extravaganza that featured the 5th Infantry Division band and local singing groups in the province.

Ruben Telan, a villager in the city who witnessed the lighting ceremonies, described it as “an amazing Christmas display that surely catches the attention of capitol visitors, especially during nights.”

A symphony of lights marked the event prior to the actual lighting.

In leading the lighting, Cagayan Governor Manuel Mamba said: “The birth of Christ is a completion of a family, and that is why I always say that we are a family.”

At the same time, each provincial office was also lit with Christmas decorations aside from those adorning the Rizal Park, Provincial Library, Visitors Pavilion, district hospitals, and the Sub-Capitol were also simultaneously lit in their respective locations.

Ethnic dances and songs were then presented after the lighting rites while dance competition winners at schools also presented their outputs.

The Christmas village is open until December 31 this year.

Uniqlo, SM foundation turn over a handwashing facility to CNES