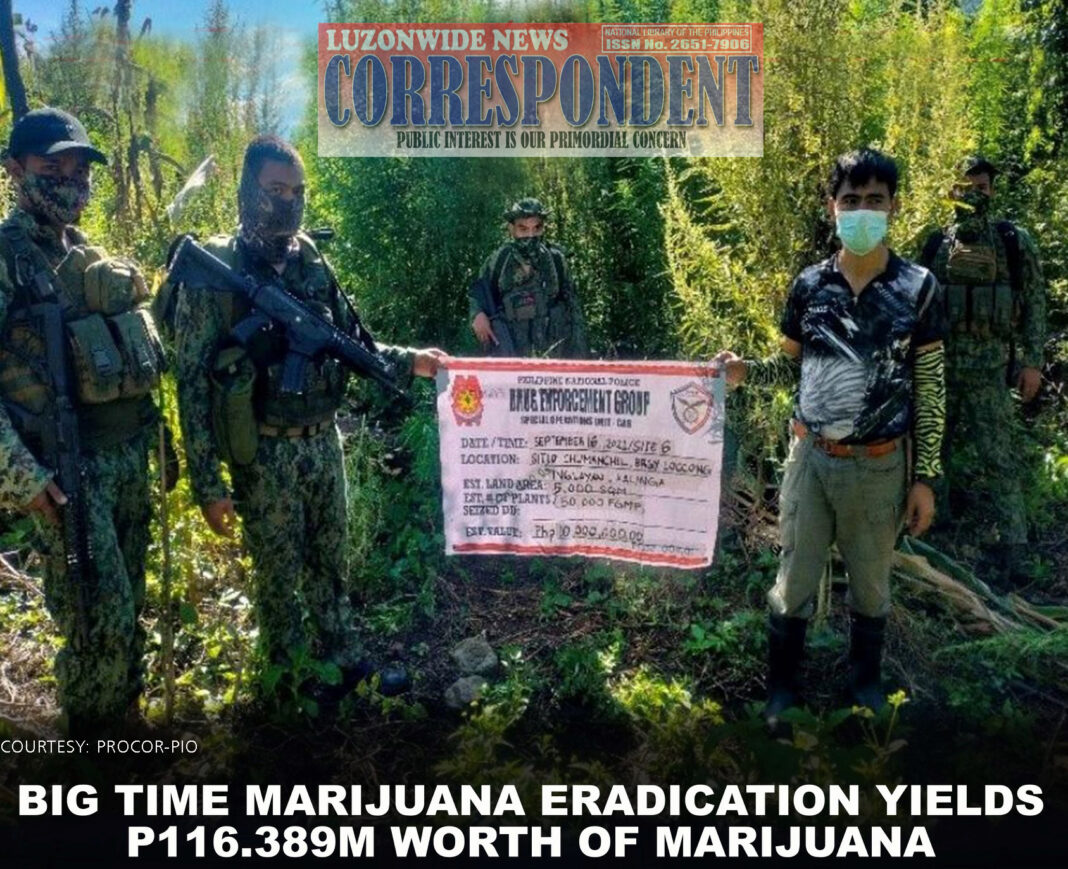 According to reports submitted to PBGEN RONALD OLIVER LEE, Regional Director, the discovery and destruction of the marijuana plants were conducted by operating units of PNP DEG SOU COR together with RMFB15, Kalinga PPO, RIU 14, RSOG PROCOR and PDEA CAR.

Documentation and photographs were done in the area of operation. Afterwards, all the prohibited plants and oil were burned onsite while intensive investigation is being conducted to identify the possible cultivators. (PROCOR-PIO)