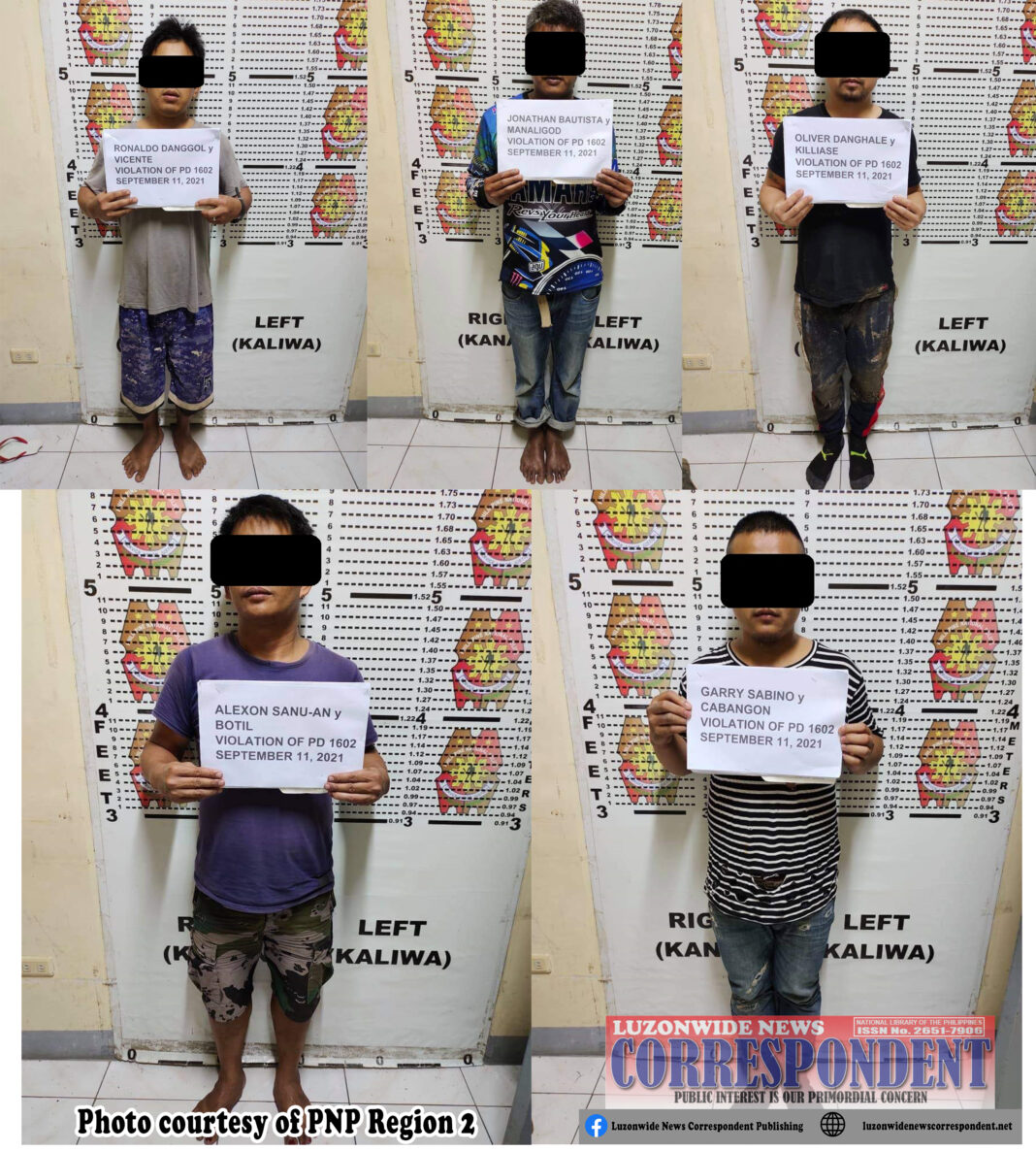 TUGUEGARAO CITY – Five persons including a Barangay Tanod were apprehended in an anti-illegal gambling operation by police authorities in Nueva Vizcaya province yesterday.

The suspects and confiscated items were brought to Aritao Police Station and cases for Violation of PD 1602 as amended by RA 9287 were filed against them.

Police Brigadier General Steve Ludan earlier gave instructions to police commanders to rid the Valley of illegal gambling activities along with the strict enforcement of the guidelines to stop the spread of COVID-19 in the Region.(PNP-Region 2 press release)