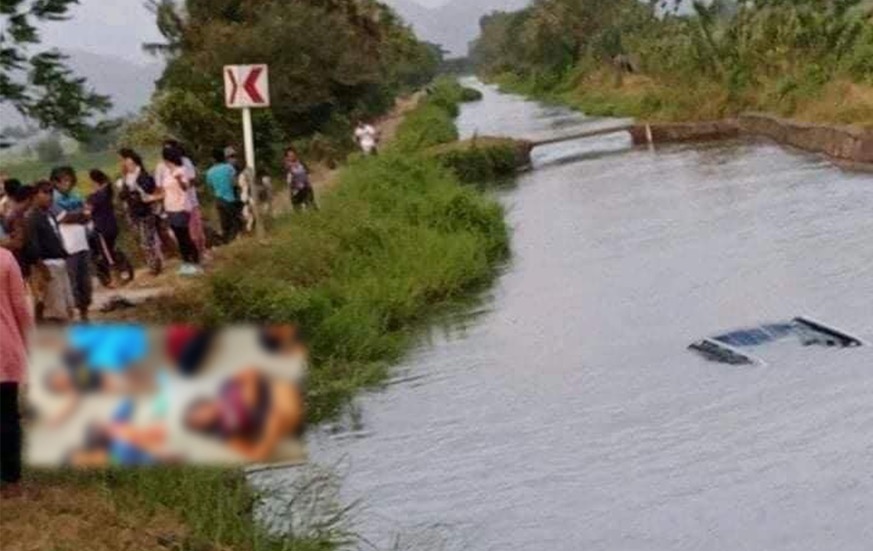 Two others identified as Cyril Lope Agtulao, 10, and Edith Andiso Perez, 51, have been critical at the hospital.

The black Everest SUV was cruising the Bulo village when the driver lost control of the steering wheel and fell into the irrigation canal.

Rescuers brought the victims to hospitals but two died at the Kalinga Provincial Hospital while 11 were declared dead on arrival at the Mejia Kim District Hospital.#