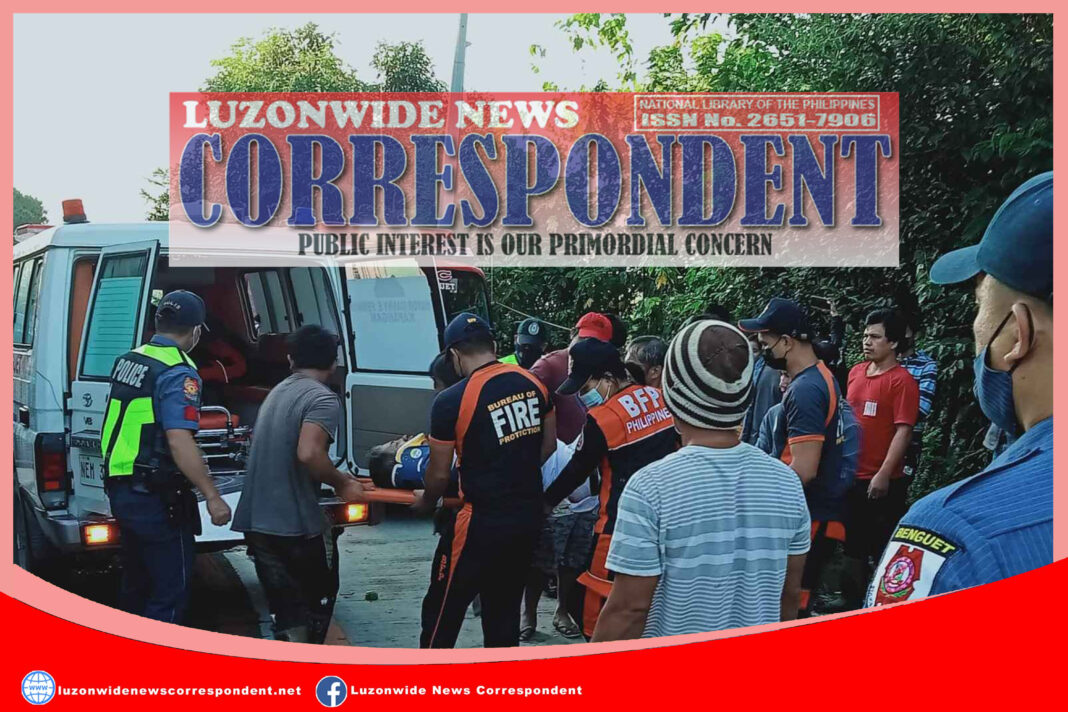 According to the report of Kapangan MPS, the two individuals who met in the accident were identified as Pangi Alilao, Jr. (driver), 50 years old and Jackson Macarias (passenger), 24 years old, residents of Kapangan, Benguet.

While the two were on their way to La Trinidad, Benguet on-board an elf truck, the said vehicle incurred a mechanical defect and the driver lost control of the brake resulting in the accident.

The driver was rushed to Kapangan District Hospital for medical assessment and intervention while the passenger was reportedly unhurt.